The Price of Palm Oil, Part I

Palm oil is a contentious subject, to say the least. Once an obscure and seemingly inoffensive vegetable oil, it has since moved to the center of multiple debates around globalization, deforestation, and health. But what is it? The oil-producing palm plant most likely hails from West Africa. Through history, ever-expanding trade routes brought the species to further climes until the late nineteenth century, when British colonists brought the plant to Malaysia as a decorative touch for their plantations. Those plantations where palms were planted for aesthetic purposes paved the way for the country’s current agricultural infrastructure, where massive monoculture operations dominate both the economic and geographic landscapes. Still, it wasn’t until the 1960s that Malaysia started serious cultivation of palm fruit. As growth of the commodity expanded, it eclipsed food crops like coconut and rice to stand alongside rubber as the country’s chief agricultural export. Since the South-East Asian financial crisis of 1997, Malaysia has become the world’s leading exporter of palm oil, after Indonesia. 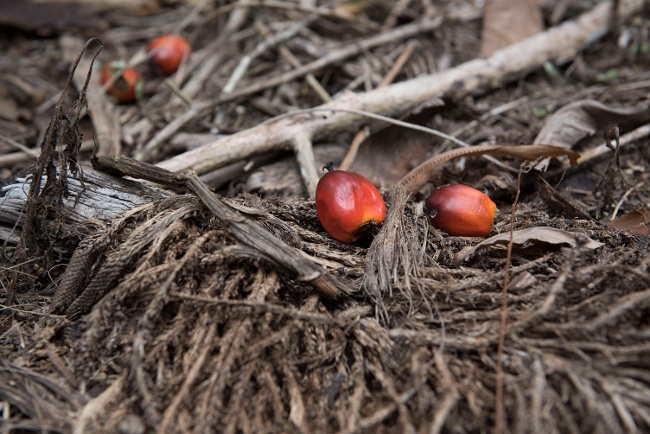 So what’s the problem? To make way for new palm plantations, both countries, especially Indonesia, have taken to felling massive swaths of rainforest, often burning the remains to catastrophic environmental and health effects. And the rate at which forests are shrinking is only growing to keep pace with international demand for the red oil. It is in processed foods, cosmetics, toothpaste, and even candles, and can be found in roughly half of all supermarket products. On a planet that is only getting more crowded, palm oil offers a cheap, and reliable source of fat to billions of people. It is far more efficient than any comparable oil producing staple, like rapeseed, or soybean oil.

This is one of the reasons researchers at EcoHealth Alliance have taken an interest in the commodity, although it is not necessarily the upkeep of palm plantations, but their expansion which troubles them. “Palm grows to a certain point and then it stops. The yield goes down and they cut down those old trees and plant new ones. They use the same area many times over. So there’s nothing really that goes to waste.” That’s Erica Johnson, a research scientist for the organization. She and Dr. Carlos Zambrana-Torrelio, another EcoHealth scientist, have travelled to Malaysia to study the differences in wildlife disease between forested and deforested areas close to palm plantations. 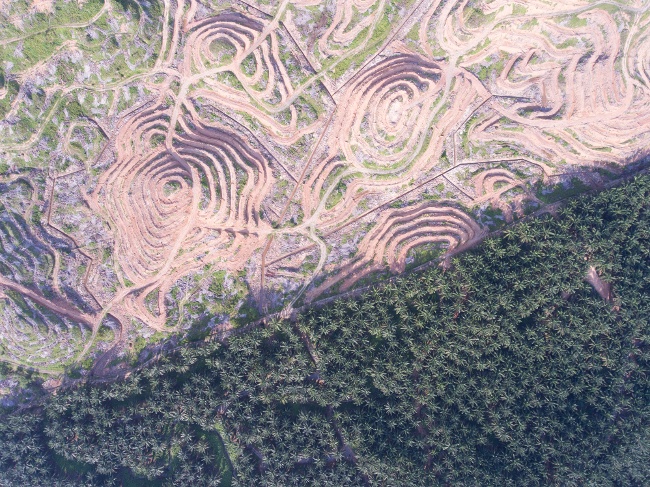 The unchecked destruction of forest in both Indonesia and Malaysia brings with it a range of problems. Developers will often cut and burn large tracts of forest, using the charred remains of trees and vegetation as fertilizer to add nutrients into the soil for the young oil palms to come. Yet another common practice when clearing land is the draining and burning of peat bogs rich in stored carbon. When they’re drained and set ablaze, the ensuing, hidden inferno hurls hundreds of millions of tons of CO2 into the atmosphere. The ripple effects of this practice are manifold, and far-reaching. Investors in unsustainable palm oil distribution on the opposite side of the globe might not live to feel the full effect of their actions, but their grandchildren will. People across South East Asia who struggle to breath through the August haze are only the first casualties of a process whose legacy reaches far into the future. The problem with palm oil is, like many of our greatest environmental debacles, one in which nearly everyone, and thus no one, is implicated.

To be fair, Malaysia is known to have more sustainable and responsible practices surrounding palm oil than Indonesia. In recent years, smog from the latter blew across the Bay of Thailand, causing major health problems, and shutting down schools and businesses for many South-East Asian countries. This cross-border pollution has been so bad, it has even led to legal action. Singapore recently sued several Indonesian companies for their part in unleashing the miles-long cloud of smoke in the summer of 2015. Roughly half a million cases of acute respiratory infection were reported in South-East Asia between July and October of 2015.

But respiratory problems are just the first in a long line of ills associated with slash and burn deforestation. A lack of roots to bind soil causes erosion and flooding. Flooding can lead to an increase in water-borne diseases like cholera and leptospirosis. The loss of trees cuts away the water filtration services a healthy forest provides, while the exodus of wildlife from destroyed forests leads to the proliferation of communicable wildlife diseases which affect people and animals, both wild and domestic. With rampant land-use change comes the loss of less quantifiable cultural and aesthetic value associated with the maintenance of a vibrant natural heritage. And of course, all these issues are compounded and overclouded by the ever-present specter of climate change. Burning peat and woodlands in Indonesia alone accounted for Germany’s entire annual CO2 output in 2015. 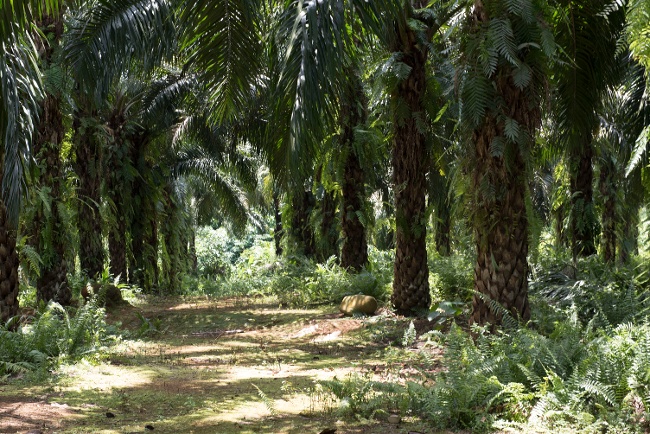 Palm oil isn't going away any time soon. But the deforestation that precedes it could be limited if the right arguments were used to influence those who grew it. Come back next week to learn about the research EcoHealth Alliance is doing to limit deforestation and disease in Malaysia.