Phantoms of a Plague, Part 2

Bat wings flit and whir above their heads and through the beams their headlamps make. Night has fallen on the team, and the colony of bats has emerged in a blur of activity to find food. Every now and then, one of the small bodies bumps against a string, and into the waiting hands of a technician. A total of eleven bats are caught, placed separately in light cloth bags, and carried to the waiting field station. Inside, figures in rumpled white Personal Protection Equipment (PPE) work through the night to the roar of a portable generator. 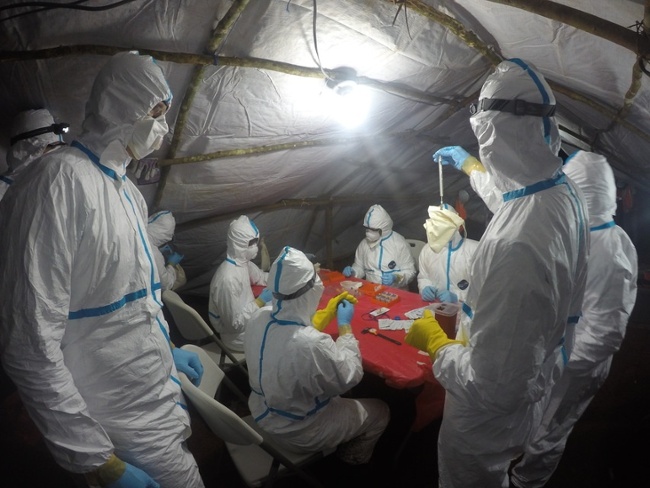 Because any of these bats might be carrying the deadly hemorrhagic fever—or worse—every possible precaution is being taken. Technicians wear two sets of thick rubber gloves, sealed at the sleeves of their PPE suits with tape. No part of their face is left exposed. Though the temperature is mild, fat beads of sweat bely the immense care and attention required in handling these fragile animals. “Having your goggles fog up is probably one of the more dangerous things that can happen working with wildlife in an unstable environment. But part of the training is—if you feel compromised in any way, you stop what you’re doing and take off your suit. You come out and take a break.” 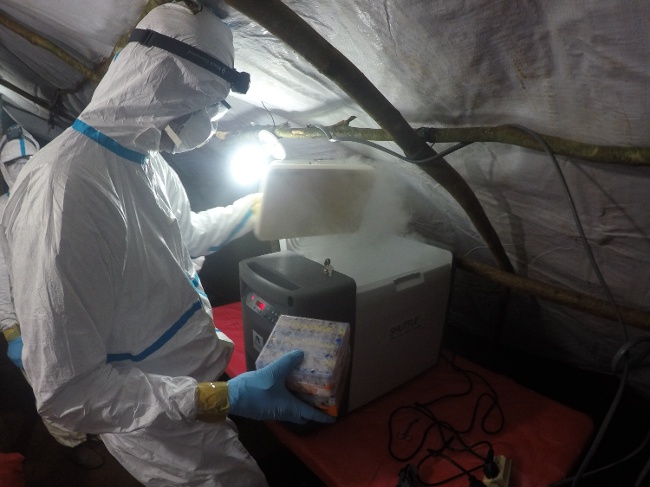 After saliva, blood, fecal, and urine swabs are taken, they’re quickly frozen in liquid nitrogen. This protects the integrity of the samples for their long journey across the Atlantic to the Center for Infection and Immunity at Columbia University. Blood serum is separated with a portable centrifuge. It too will be sent to New York City and combed over for Ebola antibodies. “That’s a historical remnant of past infections. So if these bats were infected at some point in their life, they should have antibodies against Ebola. Those last a lot longer than the RNA from the other samples.” If the Ebola Host Project goes accordingly, Jerry’s team will be able to run these tests in a lab of its own within a year.

And if these bats do test positive for Ebola, it will be up to the local government and the mining company to decide on the best course of action. “As scientists, we are not the decision makers, but we support the decision makers,” Jerry explains. As a conservationist, he will do his utmost to keep these bats protected. Having worked in the Liberian parliament, and liaised between Liberia and Sierra Leone on issues of environmental stewardship, dealing with politicians and corporate spokespeople is familiar territory. 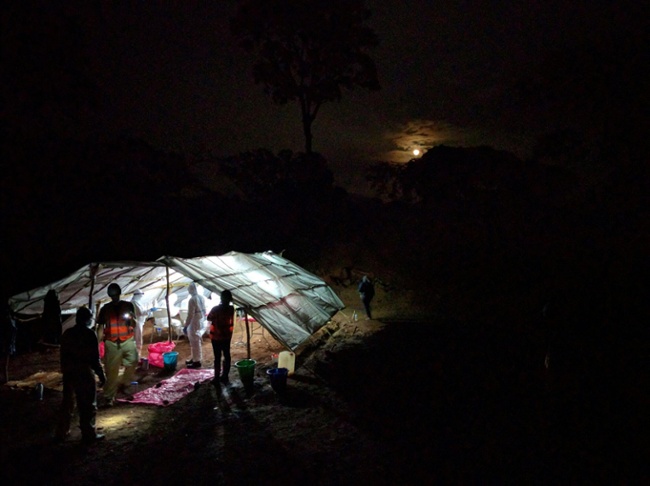 “This is the best part of my job," says Epstein, "in the middle of the night with ten new field epidemiologists, doing this work and seeing it click and seeing the excitement and interest at doing something totally new. It’s so thrilling. It’s not just new for them. It’s new for Liberia too. These guys are the pioneering ones. They’re the first ones doing this here.”

After running a gauntlet of tests, the bats are ready to be released. A field tech walks to the entrance of the tent cradling a fragile ball of fur to her chest. She uncurls her fingers—and a tiny bat no bigger than an eraser zooms off unharmed toward the mine shaft several hundred feet away.

The team will repeat this process tomorrow night, and the night after, bringing the six days of training to a close. Exhausted, but with a spring in their step, they walk outside to strip off their goggles and gloves beneath a rising sun. 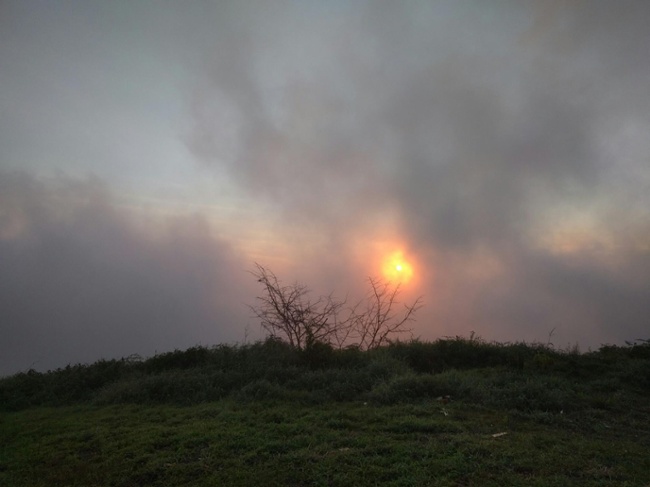