7 Ways You Can Help Stop the Illegal Wildlife Trade

Rhinoceroses used to roam throughout Africa and Asia, various species linked aesthetically by the horn on their head. These days, they are increasingly rare, while it's that horn on their head which makes them distinctive, it is also what puts them at constant risk.

Rhinos have been poached into near extinction. There are less than 70 Javan rhinos living in the wild today. The entire population of their Sumatran cousins hovers at about 100. Only 5,000 black rhinos–the smaller of the two African rhino species–roam the wild, most in nature reserves. This is, in part, because their horns can fetch a hefty sum of $65,000 per kilogram, making it more expensive than gold or platinum.

The illegal wildlife trade is one of the most lucrative illicit industries in the world, making an estimated $10 to $20 billion dollars annually. Rhinos are not the only animals affected. More than 60 percent of Africa's elephant population was poached within the last 12 years.

Illegal wildlife trade has a significant impact on human health as well. The first pandemic of the 21st century–Severe Acute Respiratory Syndrome (SARS)–infected 8,000 people before it was contained. SARS' spread began in China's "wet" markets, where numerous wild animals are bought and sold, for use as pets, trinkets, food, or superstition. China is home to one of the most trafficked animals in the world: the pangolin. Since 2004, EcoHealth Alliance has been working in China to change attitudes on wildlife trade.

Learn More About Our Work in Global Wildlife Trade

If you've purchased anything from seafood to coffee to bedding, you've participated in the wildlife trade. Much of it is legal and regulated, but, like anything, there is a dark side and there are some things you can do to ensure you're not facilitating illegal wildlife trade.

Here is what you can do to help:

1. Ask before you buy

If you're unsure where something like jewelry or clothing comes from, simply ask. Ask the vendor what it's made of, where it's from, and if its country of origin allows its sale.

Products you may not think–like furniture and paper–can also contribute to unsafe wildlife practices. Products with a Forest Stewardship Council seal ensure several things: that all trees cut down are replaced or allowed to re-grow naturally, that parts of the forest of origin are left untouched, and that the rights of indigenous people in the area are respected, and local workers are employed with a decent salary.

EcoHealth Alliance provides a database of pets which are healthy for people, animals, and the environment. Many animals are taken from their natural habitats in large numbers to be sold in pet stores. This can be harmful to the animals' wild populations, as well as having being significantly traumatic for the animal itself. 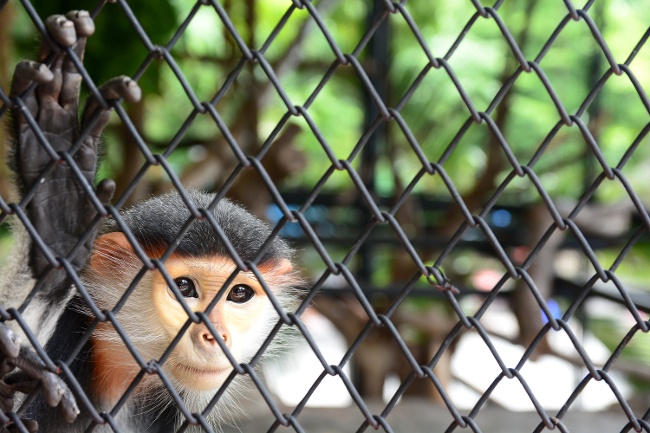 Overexploitation has brought many fish species to the brink of extinction. While some of these species are now protected, many are still fished and sold legally. Check the Marine Stewardship Council for sustainable seafood products.

In 2016, the U.S. placed new, strict regulations on the domestic ivory trade, restricting sale of ivory across state lines and limiting ivory trophy imports to two per year, per hunter. Illegal ivory is often sold as antique, skirting these federal restrictions. California, Hawaii, Nevada, New Jersey, New York, Oregon, and Washington are the only states with ivory bans on top of federal law. Contact your local lawmakers to encourage them to put additional pressure on both legal and illegal ivory trade.

There's strength in numbers. Stand with organizations which urge governments to do more to stop wildlife crime in their countries.

The world is much smaller thanks to the internet and now it's easier than ever to report illegal wildlife trade when you see it. Started by the Elephant Action League, Wildleaks allows anyone to anonymously report wildlife crimes around the world.