Picture this: It’s summer and the living is good off the coast of Massachusetts. A young woman, venturing away from a party on the beach, decides to take a moonlit swim in the ocean. It’s there that she’s attacked, pulled under by a shark, and not seen alive again.

This is, of course, the opening scene from Jaws and not at all true to life. However, that movie–considered the first blockbuster–has not just had an impact on the film industry. It has had a part in shaping the global mentality that sharks are indiscriminate killers.

Each year an estimated 100 million sharks are killed throughout the world’s oceans. Much of this is due to shark finning, the practice of removing a shark’s fins for sale, often while the animal is alive. However, sharks are also often killed in culls, in which sharks of a certain size are rounded up and killed in order to keep beaches shark free. Earlier this year, the surf champion Kelly Slater suggested a daily shark cull along the waters off the French-owned Réunion Island in the Indian Ocean. The Western Australian government conducted regular culls between December 2014 and March 2017. Hawaii conducted seven shark culls between 1959 and 1976; a study has found those culls “do not appear to have had measurable effects on the rate of shark attacks in Hawaiian waters.”

The simple fact remains: sharks are not nearly as deadly to humans as we are to them. Between 2006 and 2016, there were an average of six human deaths per year from provoked shark attacks. During that same period, humans killed an estimated 1 billion sharks.

In short, sharks aren’t nearly as big of a threat to us as we are to them. This is the case with many animals. Though bats are the natural reservoirs for several diseases, it is human behavior which creates the opportunity for those pathogens to jump into human populations. It is not a bat’s mission to spread disease to humans, but as we tear down rainforest–their natural habitat–to build groves of mangoes–a natural food source for many bats–it is simply instinct for them to seek out the most abundant food source.

A magnified image of the Ebola virus (Photo: Wikimedia Commons)

Yet, 75 percent of recently emerged infectious diseases which affect humans are zoonotic, meaning they have animal origins. So which animals, truly, pose the greatest threat to humans?

Between death tolls or war and various other violence, the simple answer is that humans are the animals which pose the greatest health threat to the global population. But it’s more complicated than that. Between the health consequences of human-driven climate change and recently surging anti-vaccination sentiments, the annual toll of human-induced deaths is astronomical. After all, humans have a 1 in 3,700,000 chance of being killed by a shark and about a 1 in 63 chance of dying from the flu, but 52 percent of millennials don’t plan on getting a flu shot this year. 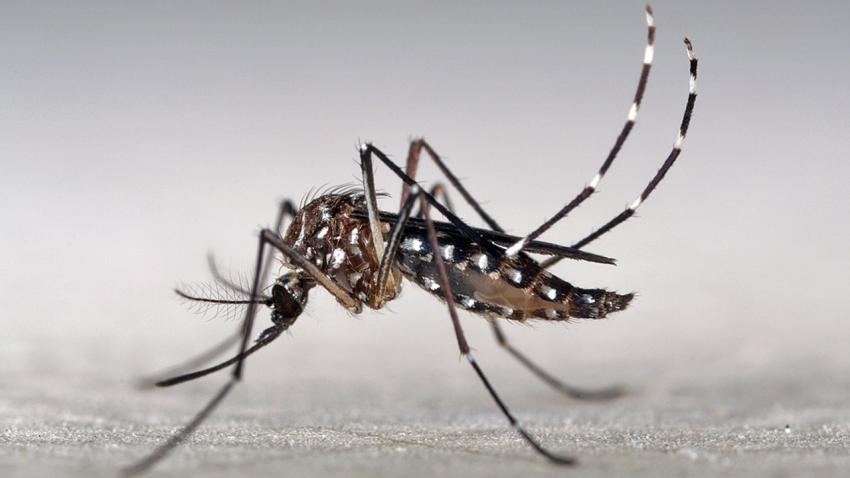 The Aedes aegypti is a common vector for disease spread (Photo: Wikimedia Commons)

Beyond humans, it’s mosquitoes which are responsible for the most human deaths per year. Between malaria, yellow fever, dengue fever, Chikungunya, West Nile, Zika, and several other diseases mosquitoes spread, they’re responsible for about 725,000 human deaths annually. The tsetse fly found in sub-Saharan Africa spreads African Sleeping Sickness; while reported cases have dropped dramatically in recent years, the most recent epidemic lasted from 1970 through the late 1990s.

Rounding out the top five are snakes and scorpions; while they kill about 55,000 people a year combined, like sharks, they rarely attack humans unprovoked.

When it comes to assessing animal-human risk, as with all our work, it’s important to do so through a ‘One Health’ lens. Many animals are reservoirs for pathogens which can be dangerous to humans, but it’s our encroachment into their habitat or capturing the animals for sale in wildlife trade which creates the opportunity to pathogen spread. As apex predators, it is our responsibility to be respectful of the delicate ecosystems we interact with.