Which Animals Carry What Disease? It’s Really Not Quite So Simple

In 1998, people in the town of Kampung Sungai Nipah along peninsular Malaysia’s west coast began falling ill at alarming rates. The infected first came down with high fevers. Most developed encephalitis (or brain swelling), some became paralyzed or comatose, and many died. By May of 1999 it had become a nationwide epidemic, spread into nearby Singapore, and a total of 265 people had fallen ill with 105 dying, giving this mysterious fever a nearly 40 percent mortality rate.

While no one could say for sure what it was these people were sick with, it was clear that the virus was infecting pigs first, and then humans. As it turns out this outbreak was one never seen in humans before, eventually named for the city where it started: Nipah virus. Nipah is a frightening pathogen, belonging to the highly contagious Paramyxoviridae family of which measles and mumps are also members. It was on this virus’ spread which the film Contagion was based.

Bats were ultimately determined to be the natural hosts for Nipah, but the connection isn’t quite so simple as bats to humans to death. 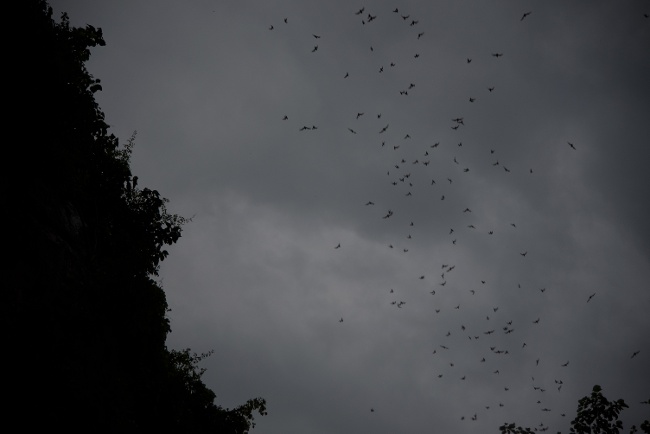 A colony of bats searches for food (Photo: EcoHealth Alliance)

It’s true that more than 60 percent of emerging, infectious diseases in people are derived from animal hosts. What that statistic doesn’t state is that much of that disease transmission from animals to humans occurs only in response to human behavior.

In the case of Malaysia’s first Nipah outbreak, it was the country’s intensifying commercial livestock ventures which were to blame. As swine production grew, creating larger farms with thousands of pigs, fruit orchards were also established to supplement income. Those fruit trees were planted next to livestock enclosures and fallen fruit that couldn’t be sold was fed to pigs. The farms’ close proximity to rainforest–bats’ natural habitat–attracted fruit-eating bats which preferred to feed on plentiful mangoes rather than forage for wild figs in the jungle. Thousands of bats descended on these mango trees nightly, dropping half-eaten fruit into pig enclosures, some of which were contaminated with Nipah virus, thereby creating the opportunity for Nipah to jump from bats to pigs and, eventually, to humans.

Bats spread Nipah to humans, not because they desired to do so, but because humans both created the opportunity and were not well enough educated to protect themselves or their livestock.

Bats are excellent adaptors. They represent 20 percent of mammalian species; there are species endemic to every continent aside from Antarctica. They live in cities and in rural areas, in caves, deserts, and rainforests. Provide them a challenge and they will rise up to meet it. As humans mow down natural forest either for urbanization or for agriculture, we’ve done just that. In subsequent Nipah outbreaks in India and Bangladesh, humans were infected by bats once again, but this time without pigs as an intermediary. Fresh sap from the date palm tree is a popular delicacy in the region and, as such, trees are planted in groves to harvest the sap. That sap is also popular with bats and these groves make for an excellent feeding spot for local bats, which is how Nipah spread to humans in these countries.

Left undisturbed, bats pose little threat to humans. In fact their benefits to humankind far outweigh their potential for harm; they are responsible for about half of old world forests, like those in Asia and Africa, pollinating unique plants and spreading the seeds of others. It is only when that natural habitat is destroyed that they must search elsewhere for food or shelter, coming into contact with human and domestic animal populations. 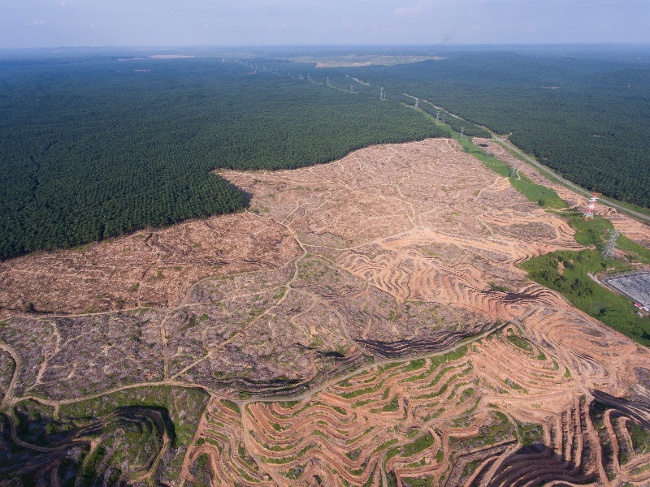 This is why it is important to use a One Health approach to dealing with public health. Contact with bats can make people sick, but that only happens because of mass encroachment, habitat destruction, and our intensified agriculture industry. The wheel works in any number of ways. Keeping our planet healthy–including keeping bats around–means keeping ecosystems in tact, which keeps humans healthy. Educating people about mindful wildlife practices keeps them healthy and, therefore, animals and our shared environment. When it comes to zoonotic disease, we cannot simply blame wildlife.