How We’re Working Toward a Healthier World

Since 2015, the World Health Organization has maintained a list of the eight emerging diseases which are most likely to cause a severe outbreak in the near future. The list is maintained by a group of experts which includes EcoHealth Alliance President Dr. Peter Daszak. At present, they are: 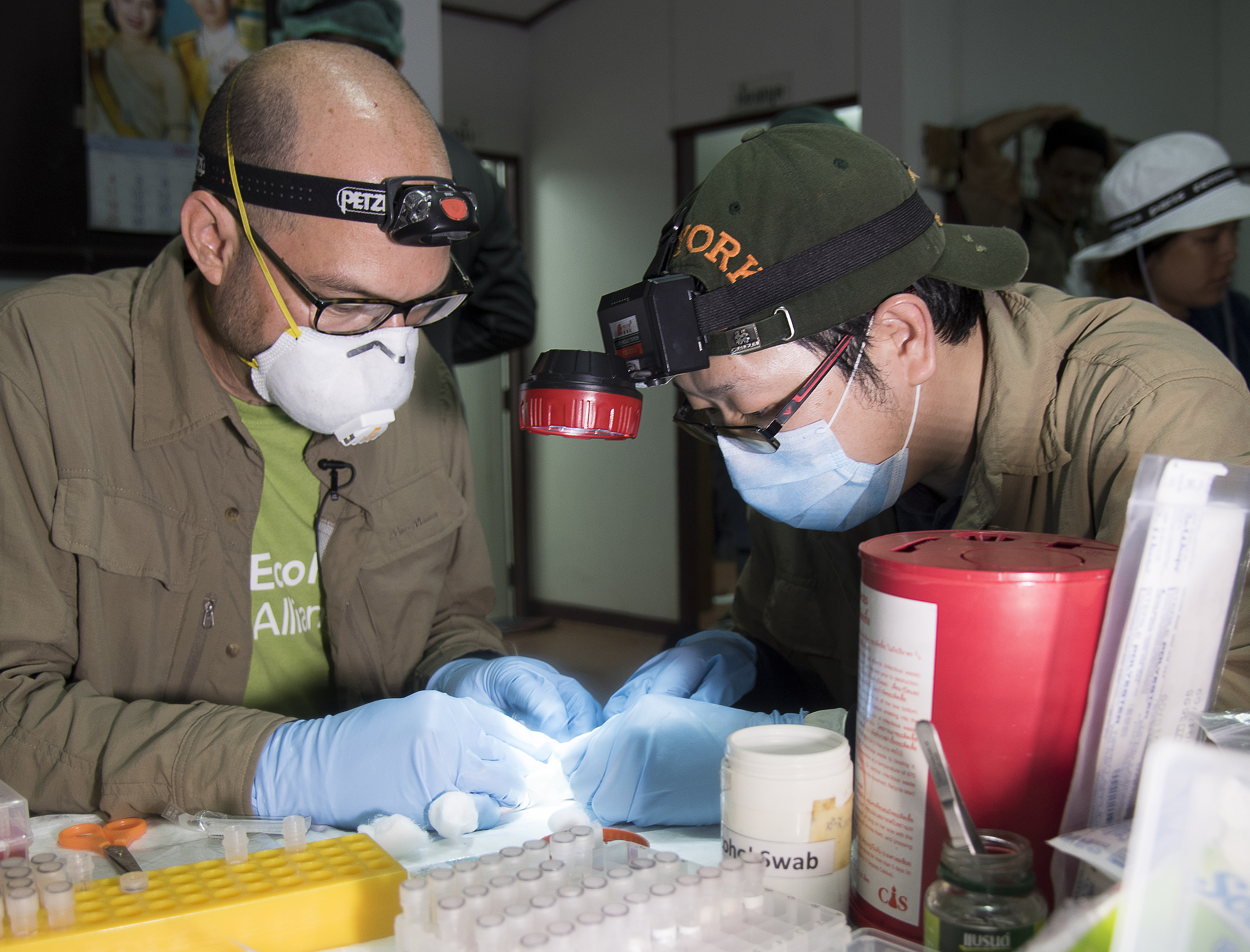 These diseases are all either zoonotic or vector-borne, meaning they all spread to humans through contact with animals or insect bites. They each threaten human populations in various ways. Some bear high mortality rates, as high as 40 (Crimean-Congo hemorrhagic fever), 50 percent (Ebola), and even 75 percent (Nipah). While Rift Valley does not often have serious or long-term health repercussions in humans, it causes a near 100 percent abortion rate in livestock which contract the virus. This can have devastating economic impacts on areas which suffer outbreaks. In the case of SARS, we still don’t know definitively the virus’ natural animal reservoir.

It’s difficult to quantify precisely the human toll of these diseases. For instance, MERS has most certainly existed for years, but was only identified in 2012. On top of that, many people who fall sick never seek treatment or are misdiagnosed with something else entirely. Official reports suggest that the West African Ebola outbreak which lasted from 2013 to 2016 killed 11,310 people with an additional 17,306 people falling ill, however the WHO has stated it believes those figures significantly understate the severity of the outbreak. Even now, as many as 20 percent of the survivors in the area are suffering from severe eye inflammation which can lead to cataracts.

Actual numbers might be hard to come by, but it’s quite safe to say these eight diseases have cost tens of thousands of people their lives in the last decade alone. That’s to say nothing of the tens of thousands more who’ve lost their livelihoods because of the economic impact of an outbreak.

None of these pathogens have a vaccine approved for human use. There is one for Rift Valley fever, but it can only be used on livestock. An Ebola vaccine has showed promising results, but is still being tested. There is, in fact, precious little to be done for anyone who comes down with one of the WHO’s most dangerous emerging diseases. For the vast majority, the only treatment available is supportive care. 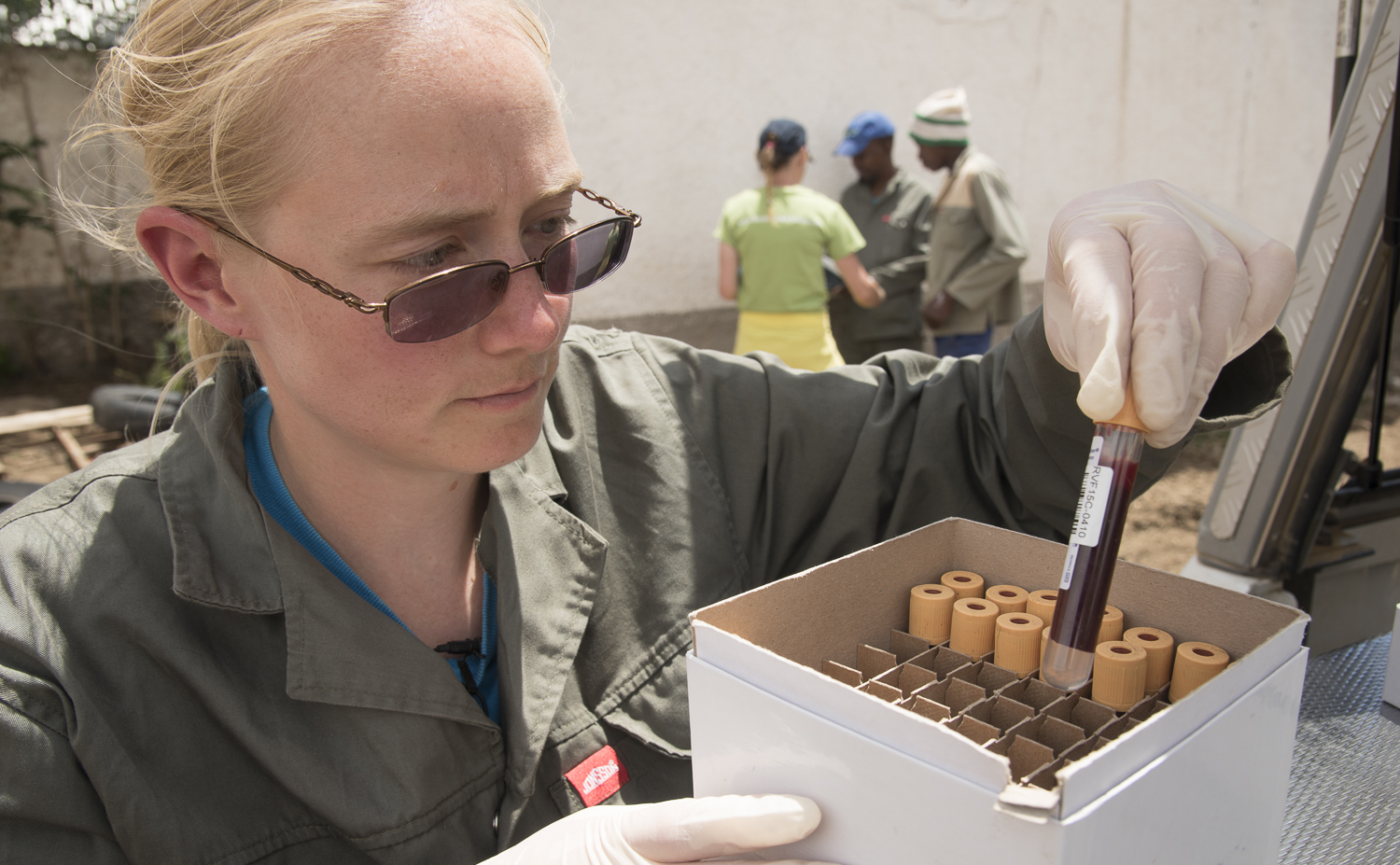 So it’s not just the severity of these hateful eight which threatens human health, it’s also the relative lack of information available to virologists, public health officials, and medical professionals about them. That is changing somewhat. In a paper published earlier this year in Globalization and Health, Prof. Waleed M. Sweileh of An-Najah National University found that there is an upward trend in research on most of these diseases. (Publications on SARS peaked in 2003, amidst the 2002-2004 outbreak, and have trended downward since.) SARS and Ebola were, overall, the most studied while Lassa was the least. The paper also emphasized the importance of international collaboration in making serious strides on these diseases.

Here at EcoHealth Alliance, we are actively studying six of the emerging diseases which the WHO has identified as the most threatening.

If it’s international cooperation which is needed to prevent pandemics, EcoHealth Alliance is leading the way. We’re currently working in more than 30 countries globally, monitoring pathogen spread and evolution, training local officials, and educating populations about healthy interactions with wildlife. Our USAID-funded PREDICT program operates from West Africa to Southeast Asia, from Liberia to Indonesia. We’re not only monitoring wildlife, but humans as well, tracking both the prevalence of these pathogens and high risk human behaviors which could lead to infection.

PREDICT tracks Marburg, Ebola, Nipah, MERS, and SARS. We’re also working to identify unknown viruses, of which there are an estimated 300,000. Our research on Rift Valley fever is based in South Africa, where we’re conducting research into what factors (weather, environment, human behavior) create the proper conditions for an outbreak. Identifying hotspots, tracking disease activity, and correcting human practices which create the right conditions to cause an outbreak are our mission.