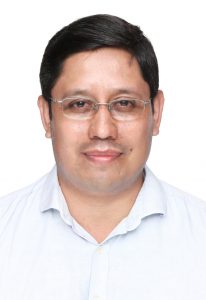 The integration of bioinformatics and new sequencing technologies to the multidisciplinary approach that characterizes the One Health philosophy opens the door to exploring exciting research questions in the field of emerging viruses.

Dr. Alix Armero is a bioinformatician at EcoHealth Alliance. Alix works on zoonotic and emerging diseases in Southeast Asia under the coordination of Dr. Cadhla Firth. In a multidisciplinary context, Alix contributes to characterizing the viral diversity in some of the regions identified as high risk for the emergence of pathogenic viruses. In parallel, Alix seeks to understand the role played by the different genomic mechanisms and the diversity of the virus in creating the necessary conditions for the jump between species. Alix has a commitment to open science, developing analytical pipelines under the criteria of reproducibility, portability, and transparency. Alix participates in bioinformatics training sessions, a collaborative science engagement practiced by the EcoHealth Alliance.

Dr. Alix holds a BS in biology from the National University of Colombia. Alix earned a Master’s and PhD in Bioinformatics at the University of Nantes and at Montpellier SupAgro (France), respectively. Alix has a diverse and rich background in bioinformatics. Initially, Alix worked on comparative and evolutionary genomics in both plants and animals. In his postdoctoral experience, Alix focused on the study of intra and inter-host viral diversity using next and third generations sequencing. In these studies, Alix was interested in the relationship between intra- and inter-host viral diversity; the role of intra-host viral diversity in the establishment of viral reservoirs in HIV, and the epidemiological progress of SARS-CoV-2. Alix has also explored viral diversity in metagenomic samples from bats.