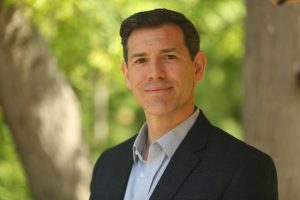 Vice President for Science and Outreach

"With over 75 percent of emerging infectious disease originating in wildlife, it's critical that we recognize the importance of understanding the relationships between humans, livestock, wildlife and our environment. Disease spillover is not a malicious act of wild animals, rather an unfortunate consequence of people continuing to put pressure on ecosystems, creating increased contact with wildlife through urbanization, agricultural expansion, travel, and trade. The majority of emerging zoonotic diseases can be linked to human activities, and that's where we need to focus our efforts in order to prevent the next pandemic."

A veterinarian and disease ecologist, Dr. Jonathan Epstein is the Vice President for Science and Outreach at EcoHealth Alliance. His research focuses on the ecology of emerging zoonotic viruses such as Nipah and Ebola virus, along with SARS, Midde East Respiratory Syndrome (MERS), and others that have emerged within Asia and Africa. The goal of this research is to better understand the factors that cause outbreaks of these lethal viruses and to develop strategies that both prevent spillover and protect biodiversity.

Dr. Epstein, along with colleagues at EcoHealth Alliance, is working with a consortia of university and NGO partners under USAID’s Emerging Pandemic Threats PREDICT-2 program, designed to establish an early warning system for zoonotic disease emergence. The program studies the diversity of viruses in key wildlife reservoirs and build capacity to more effectively detect and respond to emerging zoonoses in the most vulnerable countries around the world.

In 2004, Dr. Epstein was part of a team of Chinese, Australian, and American scientists that identified horseshoe bats as the natural wildlife reservoir for SARS coronavirus in China. This discovery further highlighted the significance of live animal markets that contain wild animals species, domestic animals, and people, as a mechanism for zoonotic disease emergence. He also worked on the first team to investigate animal reservoirs of MERS coronavirus in Saudi Arabia, following its discovery in 2012.

Dr. Epstein’s work has been published in several leading scientific journals including Science, Nature, Cell, Emerging Infectious Diseases, PLoS Pathogens, Proceedings of The National Academy of Sciences, and The Journal of Applied Ecology. He has been an invited speaker for the World Health Organization, the Food and Agriculture Organization of the United Nations, the World Organisation for Animal Health (OIE), the National Academies of Science, and holds advisory positions on two committees in the International Union for the Conservation of Nature (IUCN): the Wildlife Health Specialist Group and the Bat Specialist Group. He recently served as the Chief Science Advisor for the Smithsonian Institution’s National Museum of Natural History exhibit entitled “Outbreak: Epidemics in a Connected World” which opened in 2018.

Dr. Epstein received a PhD in Disease Ecology from Kingston University, London and his DVM and MPH from Tufts University. In 2006, Dr. Epstein became the first alumnus from Tufts University to be inducted into the Delta Omega Honors Society for excellence in the field of Public Health. In 2007, he received the Outstanding Alumnus award from the Tufts Cummings School of Veterinary Medicine and has since been named one of 10 Distinguished Alumni of the Tufts School of Medicine. His work has been featured on 60 Minutes, in the PBS documentary Spillover, The Discovery Channel, The National Geographic Channel, NBC Nightly News, BBC Newshour, and in several periodicals including the New York Times, Boston Globe, San Francisco Chronicle, Scientific American, The Scientist, Science News, Discover, Newsweek, and National Geographic online.