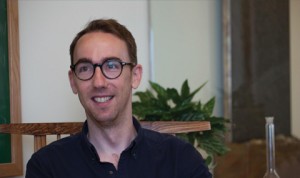 "Over the past 30 years, there has been a dramatic rise in the number of diseases emerging in people that originated from wildlife. I wanted to focus my research on this staggering fact to better understand the dynamics of viral diseases as well as highlight the risk to ourselves, wildlife and ecosystems."

At EcoHealth Alliance, Simon Anthony’s research focuses on infectious and emerging pathogens that threaten the conservation of endangered species in both wild and captive populations. Anthony studies the characterization of known viral, bacterial and protozoal pathogens, and the discovery of novel agents in wildlife.Simon’s work aims to elucidate mechanisms of pathogen evolution in wildlife reservoirs and understand the processes by which they emerge as disease causing agents in new hosts including humans. Simon splits his time between EcoHealth Alliance and the Center for Infection and Immunity at Columbia University, where he analyzes samples collected from EcoHealth Alliance’s field scientists.

Simon’s current projects include viral discovery in wildlife from global hotspots of emerging disease; investigating the impact of disease on the decline of the endangered thick-billed parrot in the Sierra Madres of northern Mexico; characterisation of cetacean retroviruses, and disease investigations of marine mammals

In 2007, Simon completed his Ph.D. in Molecular Virology at the University of Oxford, in collaboration with the Institute for Animal Health. Prior to his current position at EcoHealth Alliance, he was a Fellow at the San Diego Zoo’s Institute for Conservation Research in the department of Wildlife Diseases.